Coinage is an interesting alternative investment but you must choose wisely. 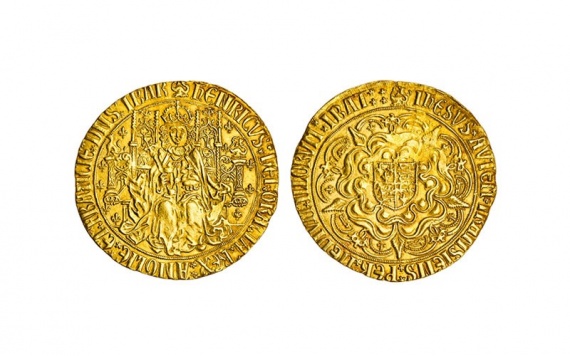 For those looking to diversify into ‘real’ assets about which you can become passionate, coins is one area worth considering.

Certainly, some rare coins have achieved outstanding sums in recent auctions. In an auction at Spink on December 18, a gold sovereign from the time of Henry VII (1485-1509) sold for £372,000. This is approximately 1690 times what the average Victorian gold sovereign costs.

Moreover, according to Stanley Gibbons the English Coin 200 index of rare coins has delivered 232% over the past 10 years, outperforming gold, FTSE 100 stocks and property.

Keith Heddle, head of investments at Stanley Gibbons, explains: “The English Coin 200 Index tracks the performance of the top 200 English Coins since 2002; it is a snapshot of the market for the sort of rare British coins that are likely to be included in an investment portfolio. It is not a trading index, though, when available, you can acquire the coins in the Index. It demonstrates a year on year growth of 12.6% for the last 12 months, a 10 year growth (2005 to 2015) of 232.1% and a compound annual growth rate of 12.75% over the last 10 years. The best performer in the last 12 months was a William III Silver Crown from 1697, which increased in value from £20,000 to £45,000. Pricing is based on valuations given in the wholly independent Spink catalogue of English coins (which bases its pricing on auction realisations for coins of a certain quality/grading). 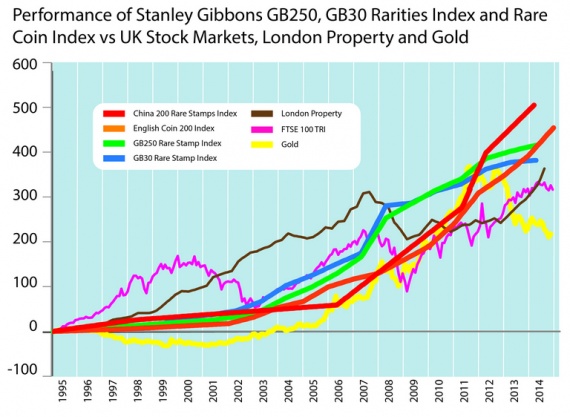 “Due to the basic dynamics of supply-demand economics, the prices of the coins in the index have shown a steady upward movement since they are essentially, rare, finite assets being sought by collectors and, increasingly, more considered investors looking for tangibility, performance and portfolio diversification. Rare coins are amongst the least volatile of the alternative asset classes, with low beta and very low correlation to other mainstream assets.”

However, for every worthwhile investment many investors are disappointed to find that they’ve not made a good return or, even worse, have bought a fake.

For a numismatic who collects coins for pleasure more than investing, a poor return might not matter much. After all, a love of history has its own rewards.

Still, what should you look for when investing in coins? As all investments contain risk:

Counterfeit coins are fairly common, especially rare ones that are expensive to buy. If you purchase through a recognised dealer, you should be safer. Most reputable UK dealers are members of the British Numismatic Trade Association. Of course, you’ll pay a slight premium for doing so.

If you’re passionate about a particular historical period/monarch/country, it might make sense to specialise in this area and build up a comprehensive collection. You’ll also get a feel for what’s available as you become more expert.

Coin values often vary markedly with their condition, therefore it makes sense to buy the best quality that you can afford (Extra Fine or Very Fine). However, grading can be subjective, so do you research and be careful not to overpay. Consult a copy of the Spinks guide to coins as this can be a useful sanity check on price – although, it is only a guide.

Sentiment obviously plays a part in the price of coins. Hot areas at the moment are dating back to Tudor times and the Commonwealth. However, fashions do change and so it may be best to go for an area that isn’t currently so popular.

Rarity is also important, and age doesn’t necessarily come into it. For example, you can buy a Roman coin for £5. Moreover, given the frequency with which hordes of coins are found even one that is thought of as rare may turn out not to be.

Tim Robson, an expert from the Spink coin department, warns of a common mistake that novice coin investors make: “A lot of investors make the mistake of diversifying their investment in coins; buying many mediocre specimens, instead of spending perhaps £10,000 on a couple of great coins from an outstanding collection with provenance.”

“Investors in coins often feel safer spreading their investments as that’s what they do with shares. They don’t pile into one share, they diversify. Still, by buying 10 mediocre coins instead of 2 good ones they are never going to make more than a mediocre return,” he adds.

You’d probably be unwise to invest more than a fraction (3-4%) of your wealth in rare coins, yet for those with an interest in history it could be both an enjoyable and profitable pastime.