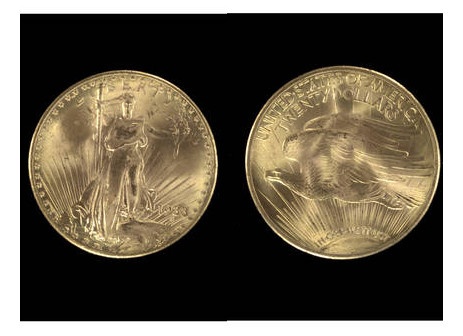 The U.S. government hasn’t given up its multiyear fight to hang on to 10 rare gold coins that a federal appeals court recently ruled should be given back to the heirs of a Philadelphia coin dealer who obtained them decades ago under mysterious circumstances.

The U.S. Attorney’s Office in Philadelphia late Wednesday filed a petition asking the full Third U.S. Circuit Court of Appeals to reconsider a three-judge panel’s 2-1 decision in April ordering the U.S. Mint to return the coins to the daughter and grandsons of the late coin dealer, Israel Switt. The April ruling reversed a 2011 civil jury verdict concluding that the Mint may keep the valuable coins.

The government argues that Mr. Switt obtained the coins illicitly, and that they have always belonged to the government. In its petition, the Justice Department calls the April court opinion a “miscarriage of justice” that is based on a misreading of laws dictating how the government may seize property.

“The family of a thief now stands to benefit in the millions of dollars on the basis of property that belongs to the people of the United States,” government lawyers wrote in their 77-page petition.

The government’s petition ensures that the case will live on at least a little while longer, more than 80 years after the coins in question were minted, and more than a decade after Mr. Switt’s daughter, Joan Langbord, claimed to have found the coins in a safe-deposit box.

The disputed coins are among the rarest and most valuable in the world. In coin vernacular, which dubs a $10 coin an “Eagle,” the $20 pieces are known as Double Eagles. They feature a soaring eagle and liberty figure resembling a Greek goddess etched on opposite sides, and were designed by sculptor Augustus Saint-Gaudens in the early 1900s at the behest of President Theodore Roosevelt, who wanted American coins to be more beautiful. More than 445,000 Double Eagles were minted in 1933, but before most of them could be circulated President Franklin D. Roosevelt banned the payout of gold coins to combat a financial crisis.

Most of the 1933 Double Eagles were melted into gold bars, but some escaped destruction and have surfaced over the years. One sold for about $7.6 million at a 2002 auction.

The Justice Department argued in court papers and at the 2011 trial that a cashier at the Philadelphia Mint in the 1930s was the likely source of coins that left the Mint illicitly, and they somehow got into the hands of Mr. Switt, who died in 1990. His heirs and their lawyer countered that there was no evidence the coins were stolen or embezzled.

In 2003, Ms. Langbord said she discovered the 10 coins in a family safe-deposit box. She and her sons, Roy and David Langbord, provided the coins to the U.S. Mint to be authenticated. The Mint retained the coins, arguing that they were government property because they were never supposed to be released into circulation.

The Langbords sued the government in 2006 seeking to recover the coins, alleging they were seized without due process. Following a civil trial in U.S. District Court in Philadelphia, a jury concluded in July 2011 the U.S. proved its case that the coins should be forfeited by the Langbord family. LINK: The coins have been stored at the U.S. Bullion Depository in Fort Knox, Ky.

The family appealed, and in April the appeals panel said the coins should be returned because the government didn’t follow the Civil Asset Forfeiture Reform Act of 2000. That law requires the government to file a complaint for judicial forfeiture within 90 days of seizing property that someone else purports to own, or else to return the property. The appellate panel said the government did not make a timely filing in the Langbord case, and sent the case back to the district court to order the coins returned.